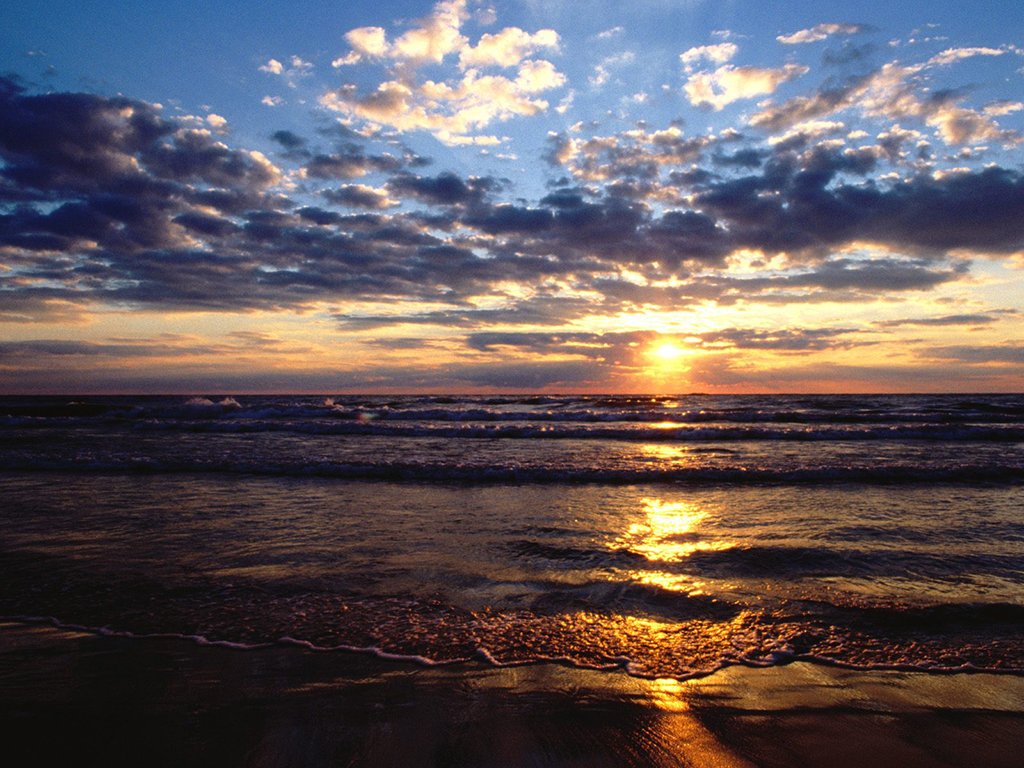 Lake Michigan is one of the five Great Lakes of North America and the only one located entirely within the United States. The other four Great Lakes are shared by the U.S. and Canada. It is the second-largest of the Great Lakes by volume[1] and the third-largest by surface area, after Lake Superior and Lake Huron (and is slightly smaller than the U.S. state of West Virginia). To the east, its basin is conjoined with that of Lake Huron through the wide Straits of Mackinac, giving it the same surface elevation as its easterly counterpart; the two are technically a single lake.[4] Lake Michigan is shared, from west to east, by the U.S. states of Wisconsin, Illinois, Indiana, and Michigan. The word “Michigan” originally referred to the lake itself, and is believed to come from the Ojibwa word mishigami meaning “great water”.[5] Lake Michigan is also the only one of the five Great Lakes not to share a shoreline with the Canadian province of Ontario, the only province in Canada that borders the Great Lakes.